Chen Dongfan obtained his B.F.A. from China Academy of Art, Hangzhou in 2008, and now lives and works in New York.

In his painting Chen Dongfan emphasizes the expressive tension between brushstrokes, colors and forms along with other elements. His works range from small paper based pieces, large paintings on stretched canvas, and collages produced in the studio, to enormous murals created on building facades. Aside from traditional mediums, Chen Dongfan has also experimented with spaces including libraries, stores, and movie festivals as alternatives; by extending art beyond the two-dimensional space and combining it with other creative forms such as music, dance, and performance, he achieved the unparalleled expressiveness through art that balances between being narrative and poetic, figurative and abstract, collective and individualistic.

Chen Dongfan has actively participated in various public art projects and has created large scale paintings around the globe, including “Sun Yat-sen Road in Color” (New York, 2020); “The Song of Dragon and Flowers” (New York, 2018); “Live Before You Die” (Greece, 2016); “Where Has Happiness Gone” (Hangzhou, 2011); “Uncertain” (Hangzhou, 2010). “Chen Dongfan Open Studio” was included as an official event in the program for New York’s Asian Contemporary Art Week 2018. In 2011, the artist participated in Art Basel Liste. In the same year he also participated in a residency project in Torre Canavese, Turin, Italy. In 2018, along Doyer’s Street in New York’s Chinatown, Chen Dongfan realized a large scale public art project supported by the New York Transportation Department in conjunction with the Chinatown Partnership. The artist took the surface of a 61 meter road as canvas, creating a vibrantly colored abstract painting “The Song of Dragon and Flowers” which The New York Times reported it as “a portrait for the street.” In addition to this, the artist received recognition from the New York State Assembly and the U.S. House of Representatives for his exceptional contribution to the area and the community. 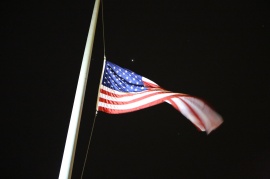 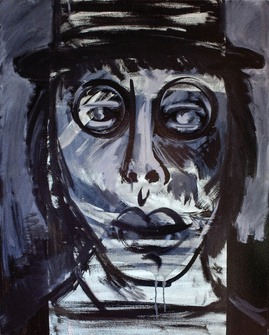 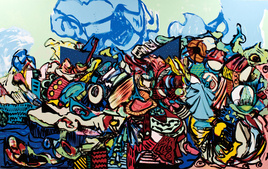 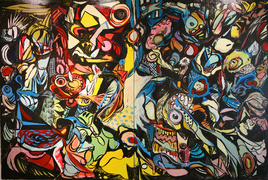 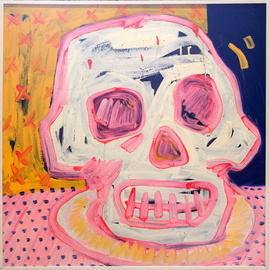 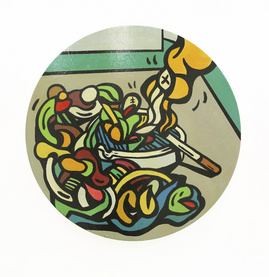